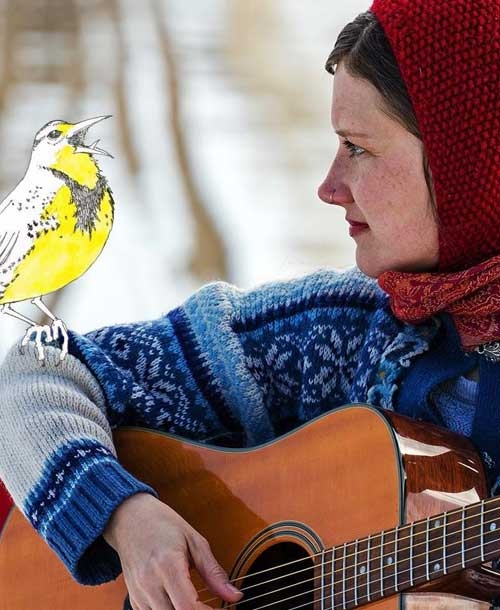 Eliza Blue is a folk-singer, songwriter, and multi-instrumentalist. In addition to her solo work, Eliza also performs as half of the folk duo, "The Nesters" with fellow songwriter and banjoist, Jami Lynn.

She is a regular contributor to South Dakota Public Broadcasting with her monthly, “Postcards from the Prairie.” She has performed and recorded with Roma di Luna, Charlie Parr, and Chastity Brown just to name a few. Other highlights include performances at SXSW, CMJ, and Sioux River Folk Fest, as well as a slot this summer at Red Ants Pants Music Festival.  Most recently, Eliza collaborated with Billy Talbot, of the band Crazy Horse, on two albums, and was selected in 2016 & 2017 as a "favorite" by SDPB Magazine for contribution to the Tiny Desk Concert series contest.

After being an urbanite for most of her life, Eliza currently resides in South Dakota, with her sweetheart and their two children, herding sheep, raising chickens, and playing music.