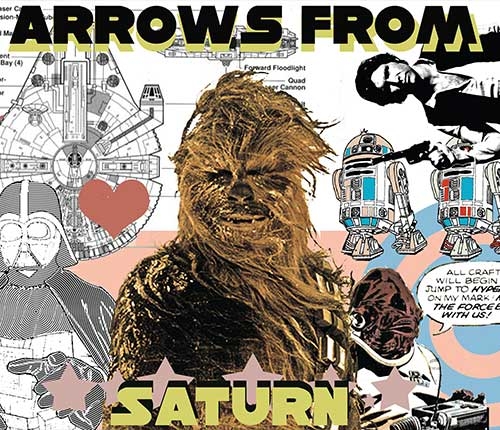 Arrows From Saturn, whose name was inspired by the sacred Arrows brought to the Cheyenne people by their prophet, Sweet Medicine, was established in 2006. Miyo One Arrow, the drummer for The Reddmen, wanted to shift toward a project on his own with some close friends, creating stoner rock riffs and beats.

Since the beginning, there has been 3 different line ups within the band. An original member, guitarist Micheal Two Bulls, has always had the same musical vision as One Arrow. Recently during the winter months 2019, the journey has begun again! Doug Two Bulls, fellow guitarist, and Dan Carrol, bassist, have brought a solid foundation to the band. Arrows From Saturn was brought toward a fresh direction when the newest vocalist joined the band; a singer whose style fit perfectly. She is none other than Tiana Spotted Thunder! With an EP release coming soon, AFS has the new songs and new line up that’s going to rock the new decade!